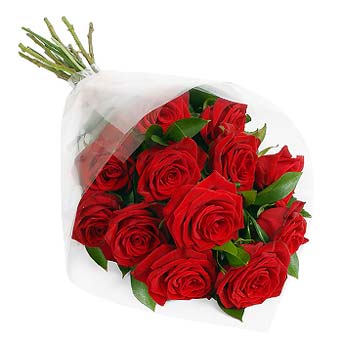 Roses have always been associated with romance, especially red roses.  But why?  What traditional started it all?  There are a lot!  The red rose can be traced back as a symbol of love for centuries.  Red has always been associated with life, emotions, and love, and they have been used in weddings and important rituals all around the world.  The rose was connected to goddesses of love, such as Aphrodite, and to important rulers like Napoleon’s wife Josephine.

The rose was used in ceremonies during the Roman empire, for example, and in ancient China.  The Chinese, in fact, cultivated the flower, and they introduced the modern red rose to Europe in the 1800s.  It was a bit different from the roses the Europeans grew, and it quickly became associated with the rich and the aristocratic.  Once roses became common, however, many people began exchanging roses as signs of fidelity and love.  The rose’s place in courtship and romance was even more firmly locked in when William Shakespeare added an allusion to the flower in his famous play Romeo and Juliet.  Many other writers and poets also wrote about the rose.

Victorian England took the symbolism of the rose to extremes.  They grew huge rose gardens during that time, and they introduced many new rose varieties.  It was during this time that the very first printed Valentine’s cards were sold.  Adding one of these cards to a bouquet of roses quickly caught on, and ever since then, the rose has been connected to Valentine’s Day.

Do you want to impress your special someone with a bouquet of a dozen red roses this summer?  Why not tell your wife how much you love her, show your girlfriend you truly do care, or get a first date off on the right foot?  Come visit Angelone’s Florist in Rareton NJ and take advantage of our summer special.  We’re offering one dozen roses for $19.99, but the offer is good only by visiting our store.  Don’t delay—summer won’t last forever!
Posted by Angelone's Flowers at 6:20 PM